A native Atlantan who grew up in Sandy Springs and Dunwoody, Georgia, Dr. Marion graduated in 1988 from the Emory University School of Dentistry. Since then, he has pursued continuing education at triple the rate required by the state of Georgia.

Dr. Marion is a graduate of the Dawson Master’s program of the Pankey Institute in Florida where he was taught complex restorative dentistry, occlusion, and TMJ treatment.

Based on his proficiency with dental implants, the oral surgeons who work with Dr. Marion have selected him as an Associate of the American Society of Implant and Restorative Dentistry.

He has also been elected a

Fellow of the International College of Dentists, an organization that recognizes the world’s leading dentists. A nominated dentist must pass a rigorous, peer-review process leading to the recognition of their “outstanding professional achievement, meritorious service, and dedication to the continued progress of dentistry for the benefit of humankind.”

But the honor that pleases him the most was when his favorite dental school professor chose him to provide his personal dental care.

As a child, he had a chemistry set he enjoyed a lot. He also enjoyed working with his hands and would disassemble and put back together antique phones his dad brought from work. When he got to know a wonderful pediatric dentist who embodied how he saw himself as a grownup and realized that dentistry would give him an outlet for his love of science, of working with intricate things, and of working with people, he made up his mind to become a dentist.

His grandmother taught him an important lesson when he was 15. He was trying to sell his boat and motor so he could purchase a mini-bike. Someone was coming to see it, and his grandmother asked if he had washed it. He told her he didn’t have to. She said, “You go out and wash that boat,” to which he protested, “Why?” She told him, “You can’t sell something that looks like crap!” Her bluntness got his attention, so he washed the boat and sold it that day. He remembered that lesson and from that time forward he made sure everything he did was as presentable as he could make it. 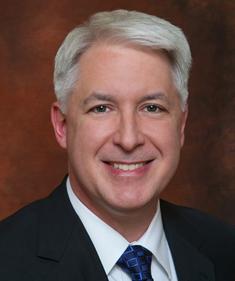 Then, two years out of dental school, he was working with a dentist who had been trained at the Pankey Institute in Florida, where they teach advanced restorative dentistry and bite equilibration. After learning that Dr. Marion had headaches almost daily, the other dentist checked his bite and discovered that he had significant bite irregularities. After 15 minutes of bite equilibration, Dr. Marion was completely cured of his headaches—they were gone. So he decided to attend the Pankey Institute himself and qualify himself to provide that level of service. “When I equilibrate someone who truly needs this,” he says, “and they finally for the first time feel what a solid bite feels like, they look at me like I’m a superhero. This brings me great joy!”

Another of his principal joys in his work comes from his cosmetic dentistry. “I had a CEO of a major company come to us,” he says, “and we noticed that whenever he laughed he’d subconsciously cover his smile with his hand, pretending to be rubbing his chin. The first time we saw him after his smile makeover, he was literally a different man, coming in with confidence on steroids and a massive grin. It makes my day, heck, it makes my month to change someone’s life with a new smile!”

He is a member of the following professional organizations:

Dr. Marion showcases his artistry outside of the dental office with his hobbies of woodturning and woodworking. In his spare time, Dr. Marion also enjoys exploring the Appalachian Trail and cycling the back roads and trails of Georgia and North Carolina with his wife, Paula. On one of their bike rides they found two kittens in a culvert, which they took home and adopted into their family. They have raised one son who is in college, and the two kitties are still at home.

Dr. Marion’s Contributions to the Community

Dr. Marion enjoys giving back to his community and helping those who cannot typically afford even basic dental care. He supports local sports teams and events and has an active share in providing professional volunteer dental services. Dr. Marion has been happy to give of his time to serve in the following capacities: 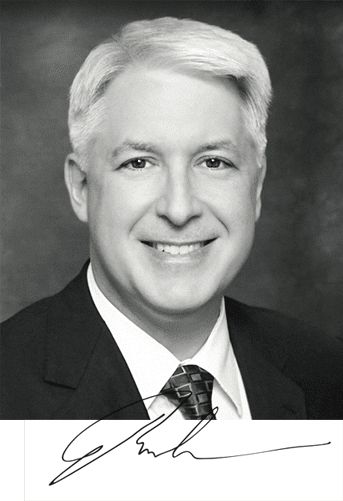 Dr. David Marion has been elected a Fellow of the International College of Dentists, an honor granted to the world’s leading dentists.

Dr Marion and his team are the nicest, most trustworthy people I have met. The service is great, they have a way to make you relaxed and trust them. They also treat you like family. Awesome dentist!!! 100% recommend Dr Marion!

To say the least, Dr. Marion is hands down the best dentist I have encountered in all of my years. They know you by name and are very genuine. I am beyond impressed with Dr. Marion's care and extremely confident I have some of the best dental work in my mouth.

From the first appointment and treatment I was amazed with passion and skill of Dr. Marion. Even local anesthesia is applied so gently and skillfully that you barely feel it. I had my entire bite realigned so all my teeth snap together tightly as never before. And I do not hide my smile anymore. Wish I had found this practice earlier.

I have been a patient of Dr. Marion for ten years and I have referred all my friends and family to his office. He provides premium and prompt services every time!

I was not an easy patient for Dr Marion ... lots of work needed to be done! Plus I’m a wimp with a horrible gag reflex. He and his staff have gone out of their way to make me comfortable, and he does an expert job, better than any other dentist I have ever worked with.

Dr. Marion was highly recommended by a friend who also happens to be one of Dr. Marion's former dental school professors. I am so thankful to have a kind, skilled and compassionate provider for our dental care.

I chose Dr. Marion's office because my Dad raves about Dr. Marion and his staff. I had to meet these people!! 🙂 They were very friendly and put me at ease. They explained everything and let me know what insurance would pay & what I would be responsible for before they did any work. The office is clean and I never have to wait long. I highly recommend them.

We thank you for your kind comments and for referring your friends.